Not long ago, experts viewed organic wine as a failed project. Now, the eco-friendly category, writ large, is the tip of the spear for on-trade restaurant sales, especially for Millennials & the up-and-coming GenZ.

Here’s our introduction to these wines and how to sell more of them.

A few years ago two Harvard Business School professors penned organic wine’s post-mortem: “the history of organic wine . . . provides a case study of failed category creation,” they said in 2017. When the Harvard Business Review published an online summary of the paper in April 2018, the title expressed a bit more optimism: “How Organic Wine Finally Caught On”. Still, the overall tone remained sour: “If you cannot remember the last time you had a glass of organic wine, you are hardly alone. Overall, less than 5% of the world’s vineyards are organic. In the United States, the world’s largest consumer of wine, only 1% of wine sold by volume was organic.” The esteemed business experts pointed to one ray of light: “we also found that the recent success of a related category — biodynamic wines — shows a possible way forward.”

Sustainable, natural, organic, local, and biodynamic are all headed on the same path. 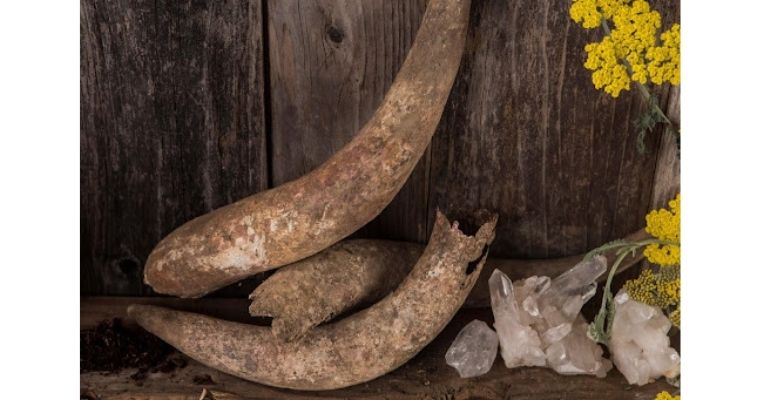 Oh, how times have changed, especially from the sommelier’s perspective. Eco-friendly wine is a large market, with tremendous on-trade growth potential. Limited production natural wines are now highly-allocated treasures whose price can soar almost exponentially in the “gray market” due to consumer demand. Among Wine Intelligence’s five predictions for 2022 is: “luxury wine will need to burnish sustainability credentials,” while prediction number one is about lighter glass bottles for carbon footprint reduction. IWSR’s report on 2022 trends finds that both producers and consumers increasingly expect to find a clear commitment to sustainable practices when making purchasing decisions. “Consumer research shows that 48% of US alcohol drinkers say their purchase decisions are positively influenced by a company’s sustainability or environmental initiatives; rising to 72% among Brazilian alcohol drinkers, and 70% of urban affluent Chinese alcohol drinkers.”

Two trends are intersecting: larger corporations (as well as some regional wine promotion organizations) that sell millions of cases of wine a year are quickly embracing sustainable practices to decrease carbon emissions, while an increasing number of smaller wine producers turn to organic, biodynamic, and natural wine production in search of markets. The strong COVID-19-related consumer trend towards patronizing local, usually smaller businesses, too, fits into this wine scenario.

The two are not antithetical and will provide on-trade wine consumers with increasing options at all price points. Both groups are truly committed to eco-friendliness and recognize that the climate crisis will have a substantial impact on wine production, including quality. Not all organic production is small-scale, and not all commitment to profit-oriented sustainability is corporate. For example, the regulatory body for Spanish Cava, which represents winemakers both large and small, announced last year that by 2025 the production of all superior quality wines will be 100% organic.

An example of the latter is the International Wineries for Climate Action as well as the B-corporation trend among wineries. An example of the former is natural wine’s success story and well-established biodynamic production in both Old and New World regions. I’ve promoted organic and sustainable wines in various restaurant programs since the mid-1990s, starting with Bonterra by the glass in 1995. Bonterra (a Fetzer brand, owned by Chile’s Concha y Toro) forms an interesting success story that frames both trends. Since its inception in the early 1990s, Bonterra wines have been made with organically-cultivated grapes. I sold so much Bonterra in 1996, they sent us gifts (admittedly that was at New Orleans’ first Creole vegetarian restaurant, with interested patrons). In 2021, the brand became the world’s first organically farmed climate-neutral wine and provided absolute transparency regarding its carbon footprint, down to the bottle level.

A Guide for Sommeliers on Organic, Biodynamic, Vegan, Natural, and Sustainable Wines. 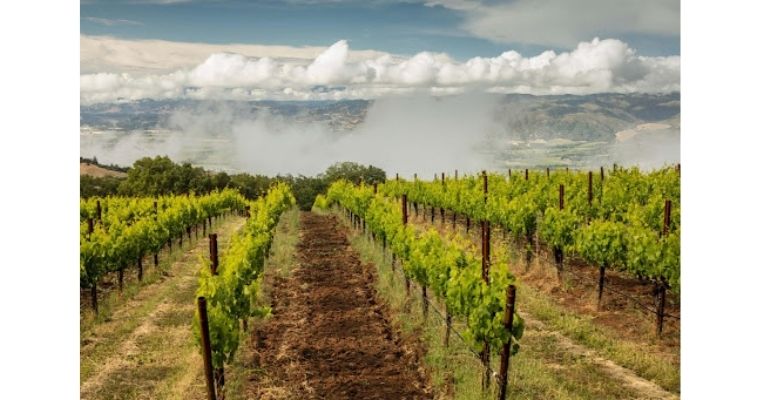 When selecting wines or receiving recommendations, restaurant customers want to know about “aspects of wine linked to personal healthiness and product sustainability.” High-end restaurants, like Noma, fully embraced the link between luxury experiences, authenticity, and natural production a decade ago, and this has now spread to restaurants worldwide. It behooves restaurant wine programs to take advantage of this rising popularity. Here are some tips on how to proceed.

First, service staff (particularly sommeliers) should be knowledgeable about the definition of organic, biodynamic, natural, vegan, and sustainable wines.  To get started here is some background. Organic wines must be third-party certified and most often wineries will indicate organic certification on their labels. Becoming certified is a long (3-years or more), involved process requiring serious commitment. Certifying organizations vary depending on region, which includes the USDA in the United States. There are two broad categories of organic wine, those made from organically farmed grapes and those wines that, in addition, are made organically, which often means a limit on the amount of added sulfur (even though it’s a natural compound) in addition to using only organic cleaning compounds and additives in the winery. Benefits of organic production go beyond personal health (no synthetic chemicals in the wine), extending to eco-friendliness and, say many, to better wine in terms of expressiveness, concentration, flavor, and/or aroma. Master of Wine Pedro Ballesteros says he detects greater clarity of expression in organic wine aromas, for example. It certainly assure the grape grower paid heightened attention to achieving quality production.

Biodynamic wines are essentially a category of organic with special characteristics based on the philosophy of Rudolf Steiner, encompassing a holistic viticultural perspective. Practices include following moon and zodiac cycles, spraying homeopathic remedies, and most famously, burying cow’s horns filled with manure and quartz to focus “vital forces.” Certifying organizations include Demeter and Biodyvin. Biodynamics has its critics, though it is probably less controversial among winegrowers than for farmers in general. The same benefits of organic cultivation accrue to grapes grown biodynamically. Many extremely high-quality wine producers swear by it, and that’s hard to argue against. Pingus owner and winemaker Peter Sisseck, for example, emphasizes that biodynamic techniques help achieve greater yields and much better consistency in the ultimate wine: “If you have a better-balanced vineyard you are less affected by the disease, you have to be proactive and work on prevention, in much the same way that as a human if you look after yourself you are less prone to disease. With a good balance, you don’t use fertilizers and have active and microbiological life in the vineyard, it is not sterile.” Sissek is not alone. Wineries embracing biodynamics include Maison Chapoutier in the Rhone Valley, Domaine Leflaive in Burgundy, Benziger Family Winery in Sonoma, Chateau Palmer in Bourdeaux, and Southbrook Vineyards of Niagara.

Sustainable wine production refers to practices that reduce inputs to achieve greater outputs, emphasizing efficiency and, most importantly these days, reducing carbon emissions. Appropriate inputs are important too, which depends on the local environment. Integrated Pest Management is an early example; achieving zero carbon emissions in making wine is a current one. Members of the International Wineries for Climate Action initiated three years ago, act collectively to decarbonize the wine sector at a global level, establishing ambitious goals related to self-consumption of renewable energy and the reduction of the carbon footprint. Innovative founding winemaker Familia Torres of Spain engages in practices including renewable energy use, energy efficiency, sustainable transport, forestry management, lighter packaging, carbon capture and reuse, nature conservation, and supplier relations. Knowing that the suggested wine results from sustainable practices can be a huge selling point for many clients.

Vegan wines refer to wines made without any animal-based products, which most often refers to fining agents, like egg whites or milk-derived casein, used for clarifying. Vegan requirements can also extend to beeswax used to seal a bottle, or animal manure used as fertilizer, which is perfectly acceptable in, say, biodynamic wines. Totally unrefined wines are vegan, as are those fined using substances like bentonite, a natural clay. Without accepted international standards, it’s important for sommeliers to know just how far a winery’s practices go in making its vegan wine.

Characteristics of Natural wine include organic or biodynamic production from small producers, emphasizing native varietals and zero additives in production. When France officially recognized the category in 2020, Eric Asimov wrote in the New York Times: “The truth is that natural wines have made all of the wine better.” Natural Wine is anti-industrial wine, maybe comparable to the Slow Food movement as a reaction to fast food in Europe twenty-five years ago.  Asimov provides a succinct definition: “made from organic grapes or the equivalent, and fermented and aged without additions.” The category remains a bit undefined and somewhat controversial. In France, the emblem of what is not natural wine is Bordeaux. Sisseck, who is not necessarily a natural wine fan, commented: “If you come from Bordeaux you are like a Nazi to them.” He explained the problem: “In the old days of Bordeaux the chateaux were owned by families and they had individuality but now everyone’s been to the same wine school, had the same professors, use the same tanks, there’s a technocracy in Bordeaux where it all ends up tasting the same – it becomes very boring.” This is what the natural wine movement is trying to change.

After becoming familiar with these categories of wine production, the next step for sommeliers and wine directors is to take stock of your inventory and identify opportunities for new purchases that may sell very well to eco-interested consumers, particularly GenZ and Millennials, who will soon lead the category. Silicon Valley Bank’s 2022 State of the Wine Industry report emphasizes that “sustainability, health and environmental issues” alongside “social justice, equity and diversity concerns are driving younger consumers” and such considerations are “increasingly connected to a consumer’s decision to purchase particular products, including wine.”

Here are a few suggestions:

1. Identify the natural, organic, biodynamic, sustainable, and vegan wines already on your wine list. Then, research a little bit about each wine’s production method, either by communicating with your supplier or going online. Make sure your servers are educated.

2. If you don’t already do so, assess whether identifying such wines on your menu may help sales. There are many ways to do this, including color-coding, grouping, or even having special categories (organically farmed, organic, biodynamic, etc.) on the list. If your list is digital, this may be easy.

3. Use the fact that you feature these eco-friendly wines as a point in marketing, both in-house and in external publicity.

4. Consider wine events that emphasize such wines, whether it’s a wine dinner or guided tastings, then publicize them.

5. Reach out to local producers of eco-friendly wines, and ensure (after evaluating the wines) you consider carrying them. Local is an additional selling point for many.

An Article by Charlie Leary