People easily misunderstand a Sommelier and a Master Sommelier. Both of these designations are different.

Within the wine industry, an array of acronyms, titles and certificate programs are used to designate different types of specialized wine knowledge. For example, there is the WSET (Wine & Spirits Education Trust), the CMS (Court of Master Sommeliers), MW (Master of Wine) and MS (Master Sommelier). Unfortunately, all of these titles tend to create a bit of confusion about which one is best for different people working within the wine industry, or even what some of them mean. 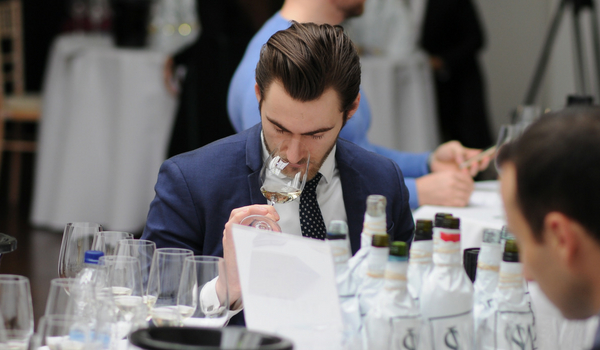 This means that you will need to pass a series of very rigorous exams (both academic and tasting), in addition to satisfying a service component that the CMS requires. But be forewarned – this is a process that can take several years and extensive preparation, and the final exam is by invitation only.

The important thing to keep in mind here is that the WSET and MW wine education tracks are purely academic in nature. They do include in-person classroom tastings, but even after completing all levels of these programs, you do not become a “Sommelier.” You may have all the information and wine knowledge you need to start working as a sommelier at a local restaurant, but you do not “graduate” and become a sommelier. And that’s because the WSET and MW tracks do not specifically require a “service” component, which is generally defined as working as a wine steward within a restaurant or some other on-premise establishment. That’s why many people who receive an MW distinction become writers, consultants or wine marketers – but not sommeliers.

Clearing up the confusion about Sommelier and Master Sommelier

One thing that many people may not realize is that sommelier is simply a job title and not an academic distinction or proof of having completed a course of any kind. In fact, the title of the sommelier has been around for centuries to refer to the job of wine steward at a restaurant.

The goal of creating the Master Sommelier title nearly 50 years ago was to improve the standards of beverage service in hotels and restaurants, with a particular emphasis on better wine and food pairings. Master Sommelier is now considered to be the highest and most prestigious title available to sommeliers around the world. Just keep in mind that the CMS is a certifying body, and not an academic body.

The fact that there are so few people in the world that have attained the title of Master Sommelier has created an aura of mystery around it. In fact, there has even been a documentary film – “Somm” – that followed the path of candidates trying to become a Master Sommelier, with the goal of finding out exactly they had to learn and undergo in order to receive the ultimate title from the CMS.

One interesting fact about the CMS is that it won’t release previous versions of exam material, and the type of knowledge that is covered on the final test is actually a closely guarded secret. Instead, the CMS says that you must simply know how to “speak with authority on the major wine regions of the world.”

Thus, for any wine region – whether it is Bordeaux, Napa Valley or the Mosel – you would be expected to know the following:

As you can see, there’s a significant amount of academic preparation that is required. But it is the tasting requirement that is perhaps most difficult – in the span of just 25 minutes, you should be able to identify a handful of different wines, and make an informed judgment about vintage and provenance.

It should now be clear that the MS title is not an academic degree. Thus, the focus is always on how this knowledge can be applied to a customer-facing role, such as with a catering company, a wine bar or a restaurant with an impressive wine program. The following request is the type of question that you would be expected to answer with this knowledge: “Can you recommend a Grand Cru Champagne Brut Nature from 2000 and explain why it would pair well with this particular dish?”

To be able to answer that question, you’d have to know a lot about recent vintages, about the organoleptic characteristics of wines that make them suitable for pairing, and the names of top producers and particular styles. That can be a lot to keep in your head at any one time, which helps to explain why many MS candidates do not pass all their exams on their first try, and why the pursuit to obtain a Master Sommelier title can be a multi-year process.

How to become a Master Sommelier

So how exactly do you become a Master Sommelier, if you decide to make the decision to start? The answer is relatively simple: you need to pass a three-part examination. To do so, you will need all the academic knowledge of the WSET, but with a particular focus on the service (i.e. restaurant and hospitality) sector.

Starting in 1977, the Court of Master Sommeliers created a rigorous, three-part examination that is generally considered to be one of the hardest in the world to pass. Moreover, the Master Sommelier examination is by invitation only, and can only occur after a candidate passes the Introductory Exam, the Certified Exam, and the Advanced Sommelier Exam.

The three sections of the Master Sommelier exam include the following:

Currently, candidates for the title of Master Sommelier are granted a three-year period in which to pass all three sections of the exam. After the end of that three-year period, they must start over from zero. The lengthy exam period reflects the fact that the average candidate requires 2-3 attempts to pass the full exam. In some cases, it can require 6 or more attempts to pass the exam.

In 2012, the full-length documentary “Somm” showcased the attempts of four different individuals to pass this gruelling, arduous and difficult examination. A typical path to the title Master Sommelier includes advanced academic work in the culinary arts (with a focus on intensive wine classes), advanced study or certification in the hospitality industry, and at least two years of experience as a sommelier at a restaurant.

Career paths of the Master Sommelier

After being granted the title of Master Sommelier, additional career paths are available to aspiring professionals. In addition to working as a Master Sommelier at some of the most prestigious restaurants in the world, it is also possible to pursue a career as a winemaker, a restaurant owner, an importer or distributor, or a wine educator.