“The SCA is a great competition: it's nice to be judged by people with such knowledge of the industry.”

If you want to know the value of the Sommeliers Choice Awards, ask Sarah Hedges Geodhart, head winemaker at Hedges Family Estate in Washington State. Last year her Descendants Liegeois Dupont Syrah 2014 accrued 97 points, in the process winning an incredible four awards: Red Wine Of The Year, US wine of the year, best Syrah wine and the overall title, wine of the year.

“It felt really good,” she says. “It was pretty crazy, honestly, because this wine has such a classic style, that we've been making for so long - it just made me feel happy that a classic wine style is still preferable to all of the modern New-World wines out there.

“It made me feel what we're doing is right: we're not following the trends, and we're still getting recognized for that classic Old-World style that we've always done.” 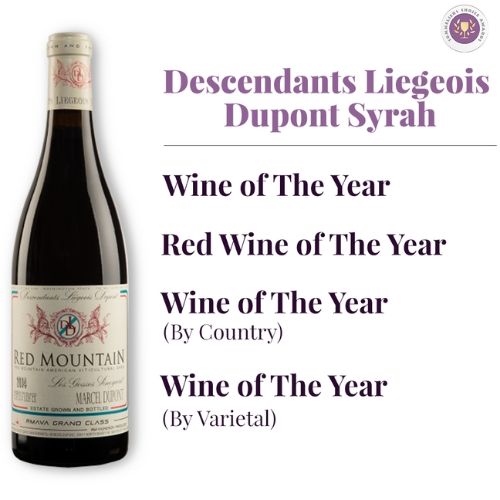 The wine’s success was partly attributable, she says, to the knowledge on the judging panel. It’s a varied crowd united by their wine knowledge; master sommeliers like Fred Dex and Catherine Fallis alongside some of the restaurant world’s most impressive talents, like Alexandra Cherniavsky of STARR restaurants and Sharyn Kervyn of the Capital Grille.

It’s a more classic wine than many American Syrahs, with balanced acidity and bucketloads of elegance; the sort of wine that was made to go with good food. “I was really happy to see that,” she says. “We've always kind of struggled in the US with scores because our wines don't necessarily stand out from all those big modern heavy-style wines. So it was just nice to see it being recognized for what it is, which is an unmanipulated Old World style.

“People who don't like Syrah, in general, tend to like ours because it is so different to what they're used to.”

Hedges Family Estate is based in Red Mountain, part of Yakima Valley in Washington State. It’s a region that’s become known for the quality of its red wines, with about 600 acres of land currently under cultivation. Hedges Family Estate is one of the older wineries in the region, having been established by Sarah’s parents in 1987. It’s been biodynamic since 2008; Sarah became head winemaker in 2015, meaning that the wine that won - picked in 2014 - was one of the first that she had taken responsibility for. 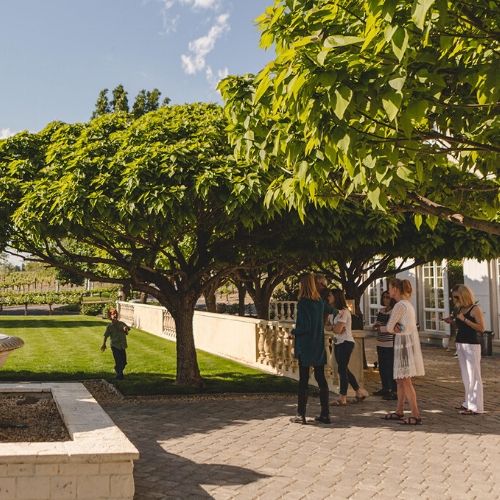 “That was really like the first wine that I had done on my own,” she says. “I was like,"Wow, okay, I guess I kind of know what I'm doing." So it's always scary, being in charge and creating a wine that's going to be tasted around the world. So it gave me a benchmark of, "Okay, I can do this and let's go from here and keep doing what we're doing."

“It's a great competition and it's nice to be judged by people with such knowledge of the industry and people that have tasted thousands of bottles of wine.”

The success helped sell wine, too: “We ran out pretty quickly. It went fast!” It’s convinced her to take part again this year. For those who want to join her, registration closes on July 20. Judging takes place on August 12, with winners announced on August 31. Enter NOW!

It’s a chance to reach customers who wouldn’t hear about you through other channels, Sarah says, and a chance for drinkers to find out about interesting wines. “I always say to people: don't always just go off of one wine writer’s opinion,” she says. “Competitions like Sommeliers Choice Awards help you find some more interesting wines, wines that you probably would never have heard about.”

Get your wines in front of Sommeliers, Wine Directors and On-Premise Buyers. Here's How To Enter before October 30 and save.