Get an overview of the 8 major cuisines of China and a simple wine pairing to suit the flavour profile.

China’s culinary landscape is entirely distinct, one province to the next and impossible to summarize. Chinese food is often characterized by 8 major cuisines dramatically influenced by varying climate, terrain, ethnicity and geography (oceanic or rural). Historically, wine with food has never been a big part of Chinese culture, however, this is changing in a rapid way with a rising middle class in China and a developing taste for the sophisticated nuances in premium wine. The following provides a very basic overview of the 8 major cuisines of China (not including Taiwan or Hong Kong) and a simple wine pairing to suit the flavour profile. 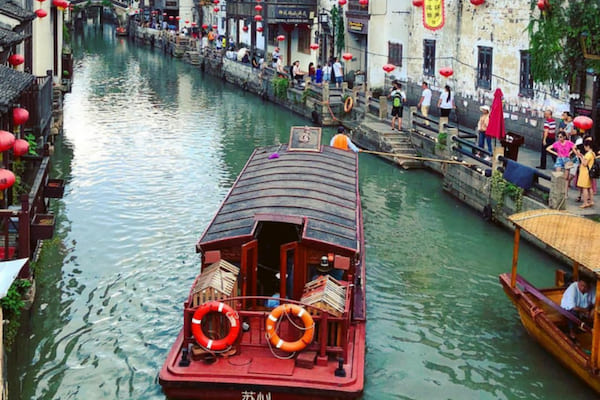 The eastern coastline province of Shandong also specializes in seafood. The oceanic influenced “Lu” cuisine features an abundance of fresh local vegetables and artisan tofu such as the regional favourite - braised ginger tofu and bamboo shoots. Sea cucumber, abalone and shark’s fin are some other local delicacies, only ever seasoned with salt and lightly spiced to highlight the fresh marine flavour. 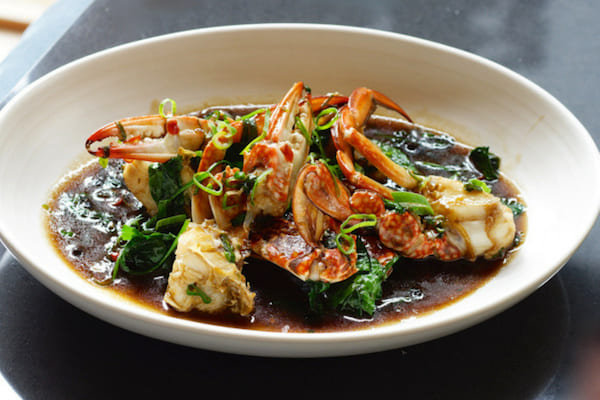 Fujian’s cuisine is diverse featuring light flavoured in the north, hearty and meat-centric in the west and sweet and spicy seafood in the south.

Famously known for its perfumed Shaoxing rice wine exported across the world. Hangzhou in the far north of Zhejiang province is unique in its light and healthy cooking. Quick stir-frying, sautéing, steaming and blanch cooking is common. Hangzhou uses less oil and salt than anywhere in China but this is juxtaposed with decadent, slow wine-braised meat, cured hams, fried anchovies and famous pork belly found in the south, bringing true meaning to the term yin and yang.

Year-round freshness is key to the “Yue” cuisine found in the southern coastline region of Guangdong. Flash, stir-fried or steamed ginger fish, tofu and seasonal vegetables are regional favourites. Pork, poultry, goat, geese and beef brought from the farm, butchered and sold on the same day. Nearby Hainan is famous for its fragrant, mouthwatering wenchang chicken (later named Hainanese chicken).

Home of the Sichuan (or Szechuan) peppercorn, “Chuan” cuisine is epitomized by aromatic and mouth-numbingly spicy and pungent stews and soups. Buddhist vegetarian food (for example the well-known mapo tofu) is very popular among the Sichuanese folk. 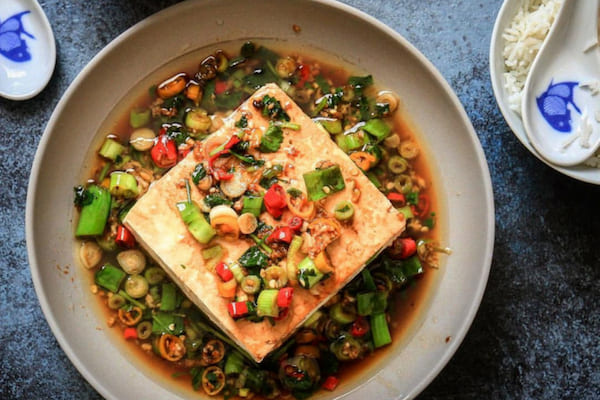 The harsh, cold, remote inland mountain regions including Shaanxi, Ningxia, Qinghai, Tibet, Inner Mongolia and Xinjiang is home to a lot of grain farming and agriculture including the epicenter of China’s booming wine industry. The cuisine of central, north and western China has an increased ethnic (Muslim and Tibetan) influence reliant on cured and preserved ingredients and hearty slow braised casseroles of wild exotic birds, mutton and game as well as other conventional meats. 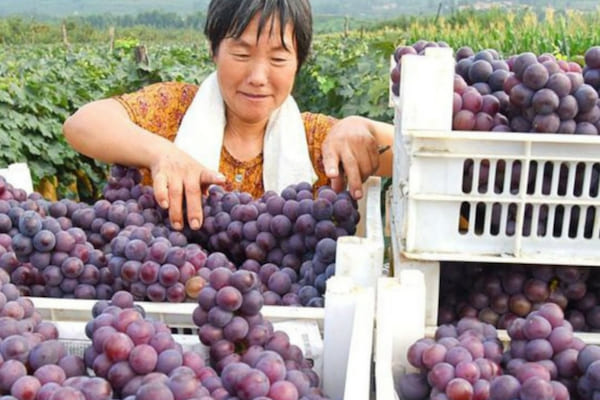 From my seven years of educating, learning from and selling wine to Chinese consumers in Australia I learned a lot about the beautiful Chinese culture. I came to learn traditions, commonly enjoyed foods, wine and flavour preferences and even the Mandarin language. 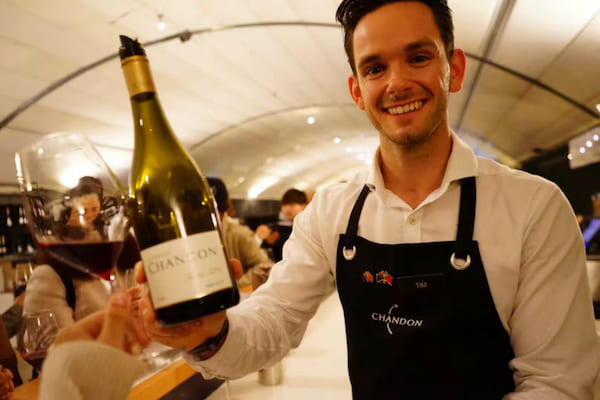 I have met Chinese consumers-come-friends from Dalian (home of the best seafood in the north), Inner Mongolia, Xiamen to Guangdong in the southern most regions of China. Among many consumers, fruity, botanical lower acid white wines are a common favourite despite the current market demand for premium red wines. White wines simply complement most foods, specifically fiery, Sichuan inspired dishes but also clean, fresh flavours of steamed or wok-fried fish and crustaceans and aromatic vegetarian provisions. Of course, Chinese wine drinkers also appreciate red wine and many will demand it be fruity, velvet smooth and opulent. When asking Chinese friends, many will say a favourite is family style “Hong Shao Rou” (红烧肉) or braised red pork belly served with fermented “stinky” tofu (臭豆腐).

My recipe today is a healthier take on a much-adored favourite served as a fun, Chinese street food style appetizer “Char Siu Pork”. This Chinese BBQ pork is served in a soft, pillowy Chinese steamed bun dough. Credit must be given to the amazing Seattle-based team Chef Steps for their bao bun recipe below. 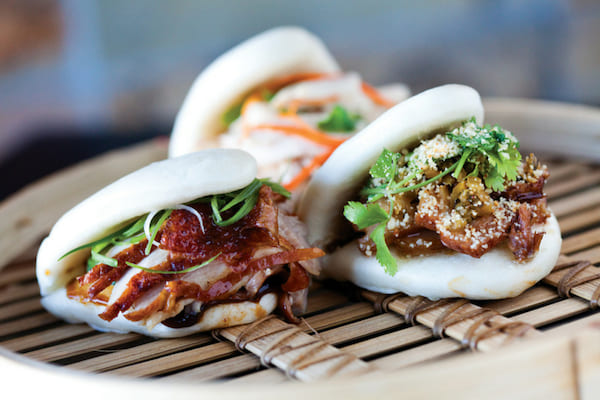 In a bowl, whisk together all marinade ingredients and marinate for minimum 24 to 48 hours
Preheat oven to 350º or 180ºC. Place marinated steaks on a grilling rack over a foil-lined baking tray. Reserve marinade. Simmer remaining marinade with honey in a saucepan over low-to-medium heat. Reduce by a quarter to achieve a thick basting glaze.
Roast the pork neck for 25 minutes. Remove twice during cooking to baste pork with your spiced honey glaze. For some charred, blackened edges, broil on high heat for the final 3-5 minutes. Apply one final glaze once removed from the oven. Serve immediately.

Whisk together milk, lightly melted butter and yeast. In a separate bowl whisk together sifted flour, sugar, salt, baking powder and baking soda.
Attach a dough hook to your stand mixer. Start by mixing milk-yeast mixture in the bowl and add dry ingredients one spoonful at a time. Mix for 10 minutes until a single dough ball form and cleans the sides of the mixing bowl.
Turn the dough out on a work surface for one final knead by hand. Tucking the dough underneath itself to form a defined ball. Grease the mixing bowl with a nonstick spray, return the dough ball and cover with cling wrap to proof for 1 hour or until doubled in volume.
On a clean work surface. Use a rolling pin to form a ¼ inch thick circular sheet of dough.
Use a 3-inch cookie cutter to form even-sized circular buns. Spritz each dough circle lightly with nonstick spray and fold each circle into a semi-circle, pinch softly where the edges meet and roll lightly with a rolling pin. Allow buns to proof for an extra 30 minutes (optional).
Simmer half to one cup of water in a pot and place a similarly sized bamboo steamer on top lined with parchment paper with a 1-inch hole in the middle (you may wish to YouTube parchment cartouche). Position buns around the steamer, separated by a ½ inch. Steam each batch for 8-10 minutes. Remove and allow cooling for 5-10 minutes. Load each bao pocket with your glorious, sweet and spicy Char Siu Pork, thin slices of cucumber, sesame seeds and finely sliced scallions. 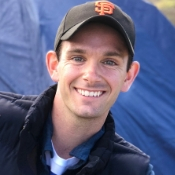