Korean Cuisine Evolved Without Wine, but there are Tons of Wines that Work with it.

New York is famous for its steakhouses, but COTE is a bit different. This is a Korean steakhouse, so the hunks of meat come with a side order of funky, spicy, bold flavour. It makes picking a wine match very interesting, according to head sommelier Victoria James.

“For the first three-quarters of the meal, you're just pairing with steak and so that's a lot of classics and some fun new things - and then it gets exciting!” she says. “That’s definitely a challenge because this [Korean] cuisine and culture evolved for centuries without wine and, in many ways, things like kimchi do the same thing as wine: they're meant to refresh the palate, they have acidity, they're fermented.” 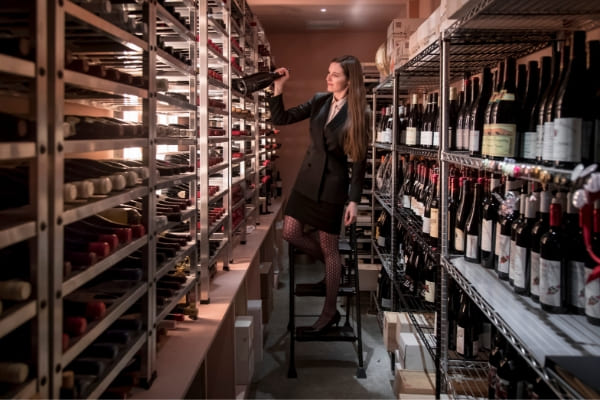 If COTE is among New York’s most fascinating restaurants, then James is one of the city’s most interesting sommeliers. She became a sommelier at the age of 21 having worked in restaurants during her teens - despite coming from a background where, as she puts it, “my stepmother drank White Zinfandel out of the box and my father drank vodka with a suggestion of pineapple juice.”

“I fell in love with the world of hospitality, and learned quickly that service made me happy, and making people happy in turn brought me joy,” she says. “So when I progressed to college, I started bartending just to make ends meet, and quickly realized I knew nothing about spirits and wine, so I took a wine course. I soon realized that I had this fascination with this whole world I knew nothing about previously. So I decided to take off a semester - and I just never went back to school.”

It has given her an open-minded approach that is perfect for the task at COTE. “At first, it was tricky because I thought there wasn't really a place for wine on the table,” she says, “and then we started eating and trying all these different things and I found that there are so many wines that can go really well with these flavours if people are a little bit adventurous, which can be tricky for the fat-cats of New York that are used to red wine with steak!

“But there are a ton of things that work - especially wines with residual sugar, and you can play with things with really bright acidity to match the kimchis, or things that are a little bit softer in acidity. That’s where it’s fun.”

Her favourite match is not what you might expect at a steakhouse: “There's a white wine from Switzerland called Amigne de Vetroz, and the Amigne de Vetroz can be made a little bit off-dry; it has a little bit of sweetness and it's honeyed, and it doesn't have super high acidity so it's a little bit more mellow in style. And I think sommeliers are always kind of chasing after acid in wines, but in this case, with kimchi, it’s better to have something that's a little bit softer. For me, that's a great and fun and unusual pairing. You just have to convince people to go from red wine to that white afterwards.”

That might be easier at COTE than elsewhere since this is a place with the celebration at its heart. There are grills on the tables where customers can cook themselves, and most of the tables are designed for groups of four or more. This approach extends into the wine list, which includes a large number of magnums.

“Because COTE is all about the celebration of gatherings and larger groups, I thought we should celebrate that, and wine, to me, tastes better in a magnum,” she says. “It's just a fact that it ages slower, and as a result stays youthful more and fresher for longer. Oftentimes, even people are curious about that fact and they'll try the same wine in a 750-millilitre and then a magnum, and that completely convinces them.”

There are 1200 bottles on the list at COTE; it was James’ first time building a wine cellar from scratch, she says. “I wanted to focus on producers that I believed in and that I had visited throughout my career, so it was so important to support small growers versus big corporations,” she says.

“That’s not to say big corporations are necessarily bad; there are some great ones, but the little guys definitely need more of our help and there are some great, underrated products that can be of great value. All of the wines on our list, we put a focus on sustainability, organic, biodynamic, because I think that those are the wines that people should be drinking.

“And I didn't wanna put anything on the wine list that I hadn't either personally met the winemaker or visited the winery myself. I think that the sommelier has to have a connection between the growers and the guests, and when you're just buying things because there's hype or someone told you it was good, you're really just being lazy.”

New Yorkers have a certain expectation of steakhouses but, James says, they’re happy to look beyond Bordeaux at COTE. “I think just by the nature of [it being] a Korean steakhouse, you naturally get adventurous diners.

“There's definitely a lot of people that tend towards the classics because, after all, we are a New York steakhouse and we do have a fair bit in those regions. My background is in the classics, in Bordeaux and Burgundy, so I love those regions, but I think when people flip through our wine list they also see some other smaller gems and regions that can offer even better value.”